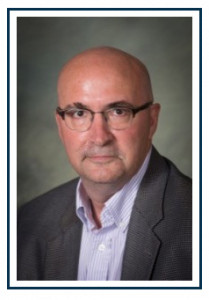 Murray Barrick is a University Distinguished Professor, is the James R. Whatley Chair in Business at the Mays Business School at Texas A & M University.  He joined the faculty in July 2006 and has served as Department Head of the Management department and Director and Executive Director of the Center for Human Resource Management.

He was a faculty member at Tippie College of Business at the University of Iowa for 18 years and most recently served as the Stanley M. Howe Professor of Management.  Barrick also was a Professor of Human Resources Management in the Broad Graduate School of Management from 1999 to 2001 at Michigan State University.

Professor Barrick’s research focuses on the impact individual differences in behavior and personality have on job performance and on methods of measuring and predicting such differences.  He also is a co-author of the Theory of Purposeful Work Behavior, which highlights the role of purposefulness and experienced meaningfulness arising within the person as a key to explaining person-situation interactions.  Further, Barrick studies executive team success, examining the role of the CEO, personality and leadership of TMT members, team composition, team interdependence, and team processes on individual, team, and firm performance. Finally, he also has examined the influence candidate self-presentation tactics have on the interviewer during an employment interview.

The author of more than 50 referred articles; Barrick has contributed research into publications including the Academy of Management Journal, Academy of Management Review, Journal of Applied Psychology, Personnel Psychology, and Organizational Behavior and Human Decision Processes among others.  His work has been cited over 26,000 times (Google Scholar, July 2016).   Barrick, along with Mick Mount, was the 2009 recipient of the Distinguished Scientific Contributions Award from the Society for Industrial and Organizational Psychology (SIOP).  In 2010, he was recognized as a Fellow of the Academy of Management and in 1997, he was elected a Fellow of the Society of Industrial and Organizational Psychologists in the American Psychological Association.  He also has been recognized as the 5th most published author in Journal of Applied Psychology and Personnel Psychology in the 1990’s (based on category rank) and the 39th most cited author in Management between 1981-2004.  Along with Mick Mount, he was recognized by the Academy of Management with the “Outstanding Published Paper Award” in 1992 by the Scholarly Achievement Award Committee of the Personnel/Human Resources Division.  Furthermore, this paper, published in Personnel Psychology in 1991, was recognized as being the most frequently cited article in that journal during the 1990’s.  More recently, it was reported to be the most highly cited article in the field of industrial psychology between 2001 and 2005.  By July 2016, this one article has been cited over 7,600 times (Google Scholar) making it the fourth most cited article published in the top management/work psychology journals: Academy of Management Journal, Journal of Applied Psychology, or Personnel Psychology.  In 2001, he was the recipient of the Owens Scholarly Achievement Award.  This award was given to the author (co-authors include Tim Judge, Chad Higgins, and Carl Thoresen) recognized as publishing the best publication during 1999.

Four months after concluding his term as Department Head for the Department of Management, Texas A&M University conducted an analysis to evaluate the University itself.  The analysis revealed that the Department of Management was the top-ranked department (out of 93) in the University and was ranked in the top 5 for research productivity of management faculty based on a comparison of our peer and aspirant Universities.  In regards to service to the field, he has served as the past Chair, HR Division of the Academy of Management Program.  Along with Ann Marie Ryan, he was the volume editor for “Personality and Work: Reconsidering the role of personality in organizations”, a publication in the Society for Industrial and Organizational Psychology’s Organizational Frontiers Series, which has the “charter” to make scientific contributions to the field.  Barrick has also served as the Associate Editor of Personnel Psychology (2004-2007).  Personnel Psychology is one of only four journals in applied psychological science to be included in “The Best of the Century in Psychology”, a list of the most influential journals in psychology of the last 100 years.  He is currently serving on the Editorial Boards of the Academy of Management Journal, Journal of Applied Psychology and Personnel Psychology.  In 2001, he was the keynote speaker at the Annual Society of Industrial and Organizational Psychology Conference in Pretoria, South Africa and in 2003 was a keynote speaker at the 5th Annual Australian Industrial and Organizational Psychology Conference in Melbourne, Australia.  He also was the Unilever Visiting Professor at the Australian Graduate School of Management during Fall, 2001.  In 2001 and 2002, along with Tim Judge he presented a Master Tutorial Workshop on “Personality and Work” at the Annual SIOP Conferences.  In 2004, he gave a series of workshops in New Zealand.  Finally, Murray was the former Program chair for the Society of Industrial and Organizational Psychology’s Annual Conference and of Division 14 of the Annual American Psychological Association’s Conference.

Professor Barrick earned his master’s and doctoral degrees from the University of Akron in industrial/organizational psychology.  His teaching interests focus on the strategic utilization of human resources, developing effective selection systems, and incorporating motivation to manage work more effectively.